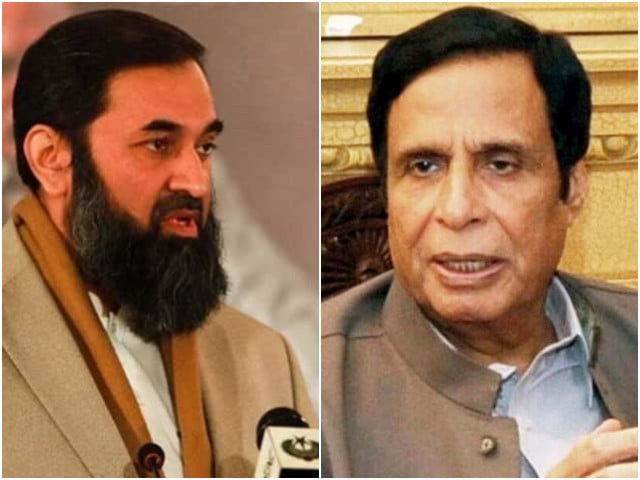 Elahi’s son, Moonis, shared a one-line dissolution summary, and the note of its receipt at the governor’s office on his Twitter handle, confirming the latest development. “Promise fulfilled. May we see you back in PM seat soon Imran Khan,” he wrote in a tweet.

Moonis also shared another picture showing the receipt of the advice by the governor’s office. It mentioned the receipt of sealed envelope at 10:10pm on 12 January 2023. “Dissolution (advice) received at Governor House. No way out but elections,” Moonis wrote.

The advice to dissolve the assembly came less than 24 hours after the chief minister obtained the vote of confidence from the Punjab Assembly in the wee hours of Thursday.

The dissolution of the Punjab Assembly along with the Khyber Pakhtunkhwa legislature – the two provinces where the PTI and its major ally, the Pakistan Muslim League-Quaid (PML-Q) are in the government – was announced by former prime minister Imran Khan at the end of his anti-government march on November 26.

Besides the two assemblies, Imran had said, the PTI lawmakers in the Sindh Assembly would also resign, while its members had already quit the National Assembly. With this, nearly two-thirds of the constituencies would fall vacant and the government would be forced to call general elections instead of by-polls.

Since Imran Khan’s announcement, the PML-N stepped up its efforts for preventing the assembly dissolution. Last month, the PML-N filed a no-confidence motion against the chief minister before the Governor Rehman ordered him to seek a fresh vote of confidence from the assembly.

However, the speaker refused to call a fresh session on the stipulated date for the trust vote, challenging the legality of the governor’s order. On that the governor de-notified the chief minister and his cabinet. Later, Elahi challenged the governor’s order in the Lahore High Court, which had restored his government temporarily.

The experts said that the summary paved the way for fresh elections for the provincial assembly in 90 days – before end of April. But for now, the consultation process for forming a caretaker government would start immediately after the dissolution between Elahi and leader of opposition Hamza Shehbaz.

The chief minister told the participants of the meeting that by withdrawing the de-notification order, the Punjab governor had “endorsed our point of view”. He denounced Interior Minister Rana Sanaullah’s “nefarious attempt” to distort facts and mislead the people.

Before sending the summary to the governor, the chief minister also held a meeting with PTI Chairman Imran Khan, PTI Senior Vice President Fawad Chaudhry told reporters. He highlighted that Elahi had signed the dissolution summary which was being sent to Governor Rehman for his assent.

A day after tomorrow, Chaudhry further announced that the K-P Assembly would also be dissolved in the same manner. “After dissolution of two provincial assemblies, as per the Constitution, elections will be held in 60% of the country in the next 90 days,” he maintained.

On the occasion, Chaudhry said the PTI once again asked the National Assembly Speaker Raja Pervaiz Ashraf to accept the resignations of “our parliamentarians” tendered soon after the PTI-led government was removed through a no-confidence motion in April last year.

“The federal government should quit its stubbornness and initiate the process of electoral reforms before going into elections in the whole of Pakistan because the political stability is a must for economic stability in the country,” Chaudhry emphasised.

In a separate media talk, the PTI Chairman’s counsel Barrister Ali Zafar said that there were no hitches in dissolving the Punjab Assembly now, as the Punjab chief minister had succeeded in securing the vote of confidence from the house.

PTI Central Punjab General Secretary Hammad Azhar told the media that under the present circumstances the country’s economic woes could not be addressed until “the entire coalition government resigned and fresh elections were held immediately”.

Provincial Minister Raja Basharat said that the governor had accepted the vote of confidence and withdrew the de-notification order. “The Governor’s counsel declared the Punjab Assembly proceedings constitutional and lawful. Rana Sanaullah is making a false propaganda to overcome his depression and as a face-saving.”

Separately, Imran chaired a meeting, attended by the party’s parliamentary leader in Punjab, Usman Buzdar, divisional coordinators and chief whip. The PTI chairman congratulated the entire team for the success in the Punjab Assembly.

“Our team gave a historic surprise to the imported rulers; the way our legislators voted for the Punjab chief minister despite the offers and threats was commendable,” he said. He instructed the provincial parliamentarians to prepare for the upcoming elections.

Ahhh, February. Love is in the air (it smells a lot like Cherry Fun Dip packets and chocolate-covered strawberries) and it’s putting us all...
Read more
- Advertisement -

One item of clothing with a particularly colorful past is the hoodie. It began as an essential piece of sportswear, joined the fields, traveled...
Read more
Tech

Want to make Instant money with a successful App Launch? With the right approach, you can launch an app that will attract customers and...
Read more
Related News
Beauty

Ahhh, February. Love is in the air (it smells a lot like Cherry Fun Dip packets and chocolate-covered strawberries) and it’s putting us all...
Read more
Beauty

One item of clothing with a particularly colorful past is the hoodie. It began as an essential piece of sportswear, joined the fields, traveled...
Read more
Tech

Want to make Instant money with a successful App Launch? With the right approach, you can launch an app that will attract customers and...
Read more
Documentaries

Assessing the performance of students is an important aspect of any educational institution. It helps educators to gauge the success of their students and...
Read more
- Advertisement -

Daily Online Media is your news, entertainment, music fashion website. We provide you with the latest breaking news and videos straight from the entertainment industry.

It has been more than a decade since Kanye West Merch hoodies were printed. Nowadays, people mostly wear planned clothing rather than plain clothing....
Read more
Fashion

Latest Designs Of Palazzo With Kurti For Ladies

If you're an everyday follower of film celebrity style updates, you do not want any fancy thrift for palazzo pants! From Bollywood's largest stars...
Read more
Fashion

The Comfort of a Hoodie: A Guide to Casual Style

Introduction Casual style is all about comfort, simplicity, and practicality. In this guide, we’ll explore how you can use the humble hoodie to create an...
Read more

Does Baldness Cause Depression in Men?

The world of social media demands us all to look perfect 24*7. This demand for perfection in everything is generating several issues in society....
Read more
Beauty

Korean Sunscreen vs Western Sunscreen: Which is Better?

When it comes to sun protection, choosing the right sunscreen can be a daunting task. With so many options available on the market, it...
Read more

Could a fungal, pandemic turn us all into zombies

Let me introduce you to something truly horrifying - the fungus that turns its victims into zombies. Its spores enter the body. The fungus then...
Read more
Top Stories